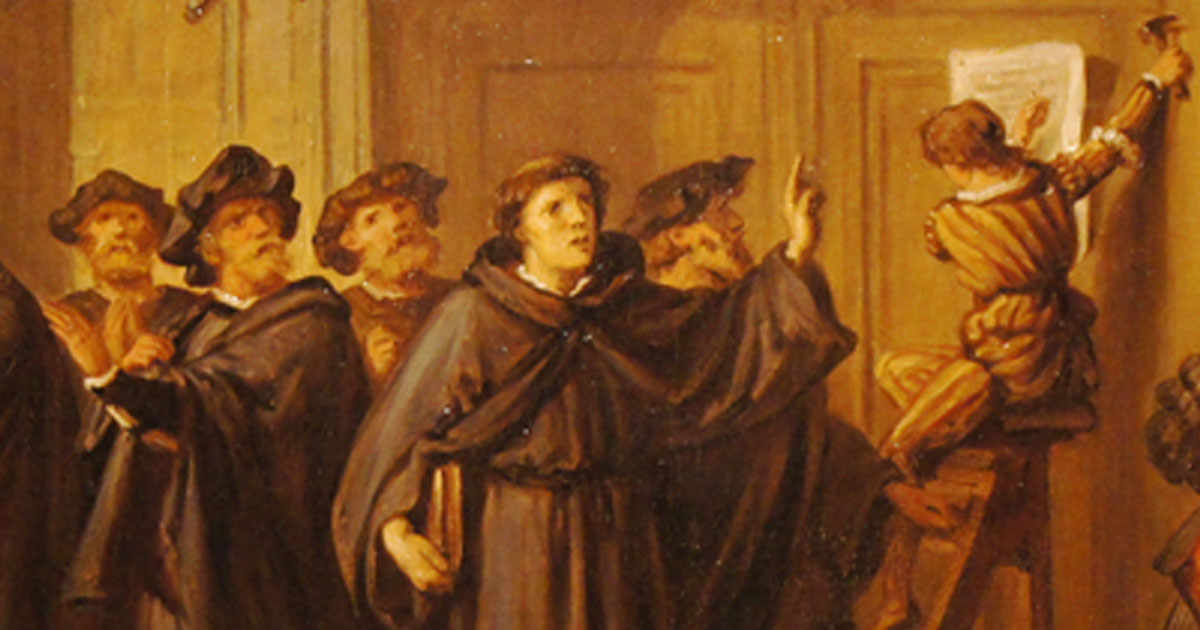 Salvation is by grace alone, through faith alone, in Christ alone, unto the Glory of God alone, according to the Scriptures alone. Grace alone points out our helplessness to resist the sins of sex, money, and power. It makes us understand that there is nothing we can do to cause God to love us less, and there’s nothing we can do to impress God – to get Him to love us more. If that’s true, then how do we gain salvation? The short, unbelievable answer is to simply believe that it’s true.

Half a millennium ago, Martin Luther nailed his 95 theses to the door of the Wittenberg church. The Reformation was an extreme change to the way we think about an extreme message – but do we get it? Every other major religion, and the world in general, offers a transactional equation that looks like: doing X (or doing X+Y/Z) = ticket to heaven. By contrast, Biblical Christianity is based on the extreme idea that believing is the beginning and the end.

Everything You Know is Wrong

Wait a minute, following the 10 Commandments? What about loving my neighbor? Don’t I have to be good?

“He [God] chose Abraham and freed Israel according to His grace before delivering the rules and regulations of His Covenant Law at Sinai, right? Grace happened first.”
– Pastor Ben

(listen to the sermon)
In other words, Abraham never had the law to follow, no commandments, no civil, ceremonial, or moral instructions to impress God. And, Israel never did anything to earn the freedom from Egypt through God’s miraculous hand. If that’s the case, is the big list of gottas and oughtas to earn our salvation just garbage? Paul said so. After running through the litany of the ways he himself was an observant, highly religious, rule follower; gaining his salvation through the law, Paul writes:

… But whatever were gains to me I now consider loss for the sake of Christ. What is more, I consider everything a loss because of the surpassing worth of knowing Christ Jesus my Lord, for whose sake I have lost all things. I consider them garbage, that I may gain Christ and be found in him, not having a righteousness of my own that comes from the law, but that which is through faith in Christ…
‭‭Philippians‬ ‭3:1-14‬ ‭NIV‬‬

It’s Not About You

The big take-away once more is that it’s not about you. Your salvation is not based on what you do. Your salvation is based on who your faith is in. It’s about who Jesus is, and what he did for you. Out of gratitude, we strive to live lives that honor Jesus, but those things don’t stack up to what God has already done. Think about it. If your salvation were based on a list of gotta-dos, then your faith would be in yourself, and what you could do to impress God. That’s what is so different about faith in Jesus. He’s already done the work. Now, it’s yours to accept and believe.